When you book with an account, you will be able to track your payment status, track the confirmation and you can also rate the tour after you finished the tour.
Sign Up
1846
DetailWhat's IncludedItineraryMap

Our Outlander Scotland Tour Visits Filming Locations Across the Country

Calling all Outlander lovers! We’ve got exciting news for you!

Do you want to follow in the footsteps of the nurse Claire Beauchamp as she travels back in time to 1743? If this sounds like a dream holiday, put our Outlander trip to Scotland at the top of your bucket list.

Bye by Car has crafted the perfect itinerary for experiencing the most charming Scottish locations featured in the series. This 7-day trip provides a unique opportunity to discover some of our country’s most mystical, most picturesque places.

With natural and cultural wonders to explore, you can encounter ancient and mysterious standing stones, dramatic castles, magnificent mansions, and spectacular landscapes.

Feel closer to the show’s characters than ever before by witnessing the breathtaking nature of Outlander’s land and delving into its fascinating history. With our Outlander tour in Scotland, a journey through time is waiting for you!

To explore more of Scotland’s famous filming locations, consider our Harry Potter and Alnwick Castle Tour of Scotland. If you’d like a tailor-made itinerary designed around you, we also offer custom self-drive tours in Scotland and Ireland.

If you have any questions about the tours we operate, please feel free to get in touch.

Itinerary of the trip

The perfect way to arrive in Scotland is a visit to Edinburgh, one of the world’s most versatile cities. The medieval feel of the cobbled streets of Old Town is perfectly balanced with the more modern and Victorian architecture of the New Town. These two quarters are separated by the ever-lively and pretty Princes Street Gardens, both districts have been declared UNESCO World Heritage Sites. Edinburgh Castle is another must see for history buffs. If you still have the energy, remember to visit the National Museum of Scotland. To close the day we recommend you take a stroll up to Calton Hill, where you can capture the best panoramic views of the city.

Today you will discover some of Edinburgh’s most authentic corners. First of all we recommend paying a visit an area known locally as ‘Green Edinburgh’. The greenhouses of the Botanical Gardens, the majestic Fettes College and the lively Stockbridge district are just some of the features of this part of Edinburgh’s architecturally impressive New Town. Following this you will visit the Royal Britannia Yacht, the vessel that served as the transport to the British monarchy and acts as a floating museum today. In the afternoon we suggest a visit to the not so well known Craigmillar Castle, where the scenes of the Ardsmuir jail were filmed in the third season of Outlander. As a finishing touch to the day, why not get revitalise yourself in an authentic and traditional Scottish pub overlooking the famous 3 bridges: the new Queensferry Crossing, Forth Road Bridge and last but not least the Forth Rail Bridge which has UNESCO status. At The Hawes Inn you can sample the local and traditional dishes in this unique setting with the bridges as your backdrop.

The adventure begins for real today, let’s collect the car! On arrival at Glasgow we suggest a visit to George Square, the stage chosen by Frank for his spontaneous marriage proposal. Discover also Pollock House and Country Park, where Claire looks for medicinal herbs and whose gardens also featured in the series as a portrayal of the imaginary Castle of Leoch. Then you will head north to Doune Castle, which is the fictional Castle Leoch in Outlander, home to Colum Mackenzie and his clan. Heading further northwards, the next stop along the way is Dunalasdair Estate and Kinloch Rannoch, the point where Claire travels back in time to the eighteenth century. To end the day we suggest you visit the fantastic Folklore Museum of the Highlands in the village of Newtonmore, where you will find the old houses of the recreated Highlands that feature as the village of the MacKenzie in the series.

The first stop of the day is a walk along the banks of pretty Loch an Eilein, in the wonderful Cairngorms National Park. You can explore the forest and the hills of Tulloch in the north of the park, the scene that Claire and Jamie cross along the highlanders on their journey from Craigh na Dun to Castle Leoch. The road will meander through the eastern part of Cairngorms until you reach Royal Deeside and Braemar, where you can enjoy the landscapes that will come your way. At the end of the day you will approach Pitlochry, a picturesque Victorian town that experienced the first tourist boom among English families in the early twentieth century.

To start the day off we recommend dropping into Dunkeld, famous for its majestic cathedral on the banks of the River Tay and the white houses of its historic quarter. Then you will head towards Falkland, a traditional Scottish village that featured the scene in the series to recreate the city of Inverness in the 1940s. We would particularly highlight The Covenanter Hotel for a visit which was used as Mrs Baird’s Guest House for a visit. This also leads you to Bruce Fountain, the stage where Frank meets the ghost of Jamie in the very first episode of Outlander. Traveling further south on today’s route, the next stop is the village of Culross, whose Market Square was transformed into the village of Cranesmuir in the series. To close the day we advise you to discover the beautiful medieval town of Stirling, with it’s castle and the William Wallace Monument as feature attractions.

To close your Outlander adventure we would highlight some from an endless number of enclaves that appear in the series. The train station of Bo’ness and Kinneil was transformed into 1940s London, where Claire and Frank take their leave in Outlander. For it’s part, the premises of Linlithgow Palace acted as the prison where Jamie was held captive. The route then takes you to Blackness Castle, transformed as the barracks of English troops in Fort William in the series, commanded by Black Jack Randall, You will then be directed to Midhope Castle that was once the home of Jamie, and the impressive Hopetoun House mansion, which was the home of the Duke of Sandringham in the series. The last stop along the way is the delightful Glencorse church, where Claire and Jamie get married. It is here that you tour of the Outlander universe culminates! 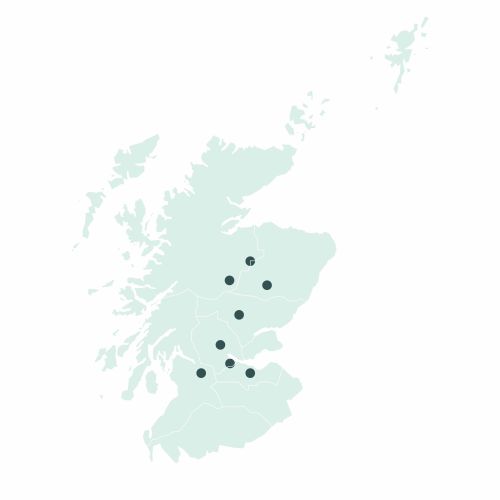 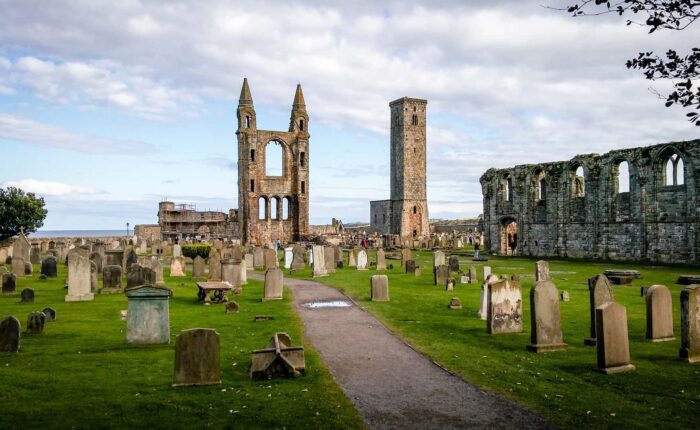 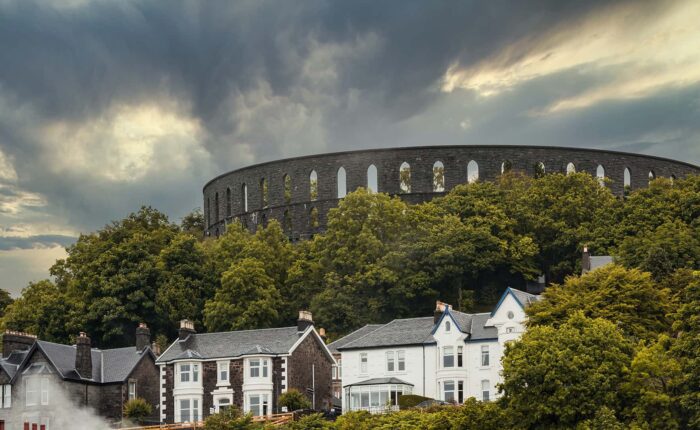