Ireland is a vibrant country packed with culture, castles, and a rich mythological past. If you’re looking to step inside this verdant country’s living history with all of the modern conveniences, travelling around Ireland on a road trip is a wonderful way to explore.

While there’s no right or wrong way to road trip around the Emerald Isle, our itinerary shows you the magic this country has to offer on a self-guided tour. Our road trip itinerary takes roughly two weeks, giving you plenty of flex to enjoy the sites — and a nice pint of Guinness.

At Bye By Car, we believe that no two trips are the same. That’s why all of our tours are self-guided and can be tailored to the sites that you want to see. Our existing self-guided tours of Ireland might be of interest, but if you’re looking for something a little different, get in touch!

We’re here to help make your road trip across Ireland unforgettable. Join us on a virtual tour below to inspire your next adventure.

Arrive in Dublin to Start Your Irish Road Trip

Our road trip begins in the country’s buzzing capital, giving you plenty of time to explore the music-filled streets of Temple Bar and admire the Book of Kells in Trinity College. If you’re a beer aficionado, take a trip to the Guinness factory for the best pint you’ll ever taste.

The capital is full of exciting activities and you may want to visit Dublin Castle once you’ve found your footing. This castle will be the first of many on your trip and gives you a flavour of the sites to come. From Dublin, take a two-and-a-half-hour drive down to Wicklow, on Ireland’s rugged east coast.

Explore the Mountains in Wicklow on Your Irish Road Trip

There are plenty of activities to do in Wicklow if you love the outdoors. Drive 45 minutes from the town to Wicklow Mountains National Park. The park is the largest in Ireland and offers visitors deep lakes and wooded valleys to explore and the ancient monastic settlement of St. Kevin.

In Wicklow itself, you can also visit the eerie 18th-century gaol, walk amongst the ruins of the 12th-century Black Castle, and enjoy the manicured Mount Usher Gardens. There are plenty of local cafes and pubs to taste some local dishes, too.

The next leg of the journey to Wexford is just over an hour in the car.

Ireland is, of course, full of churches, and Wexford has several interesting ones to explore. Our favourite is the ruins of Tintern Abbey, a Cistercian monastery founded in 1200. The wooded grounds and Colclough walled garden are peaceful places to unwind.

You can also step into one of the oldest operating lighthouses in the world at Hook Head. The Hook Lighthouse dates back to the 12th century and is a fascinating example of medieval architecture in Ireland.

When you’re done, hop back in the car for a two-and-a-half-hour drive to Cork, Ireland’s culinary capital.

Enjoy the Culinary Delights of Cork on Your Ireland Road Trip

Cork is known as the food capital of Ireland. From craft-beer pubs and its renowned food market, there are plenty of dishes to fuel your journey. Traditional recipes abound with fresh seafood chowder, Irish lamb stew, and corned beef. Veggies won’t miss out either as Cafe Paradiso serves some excellent meat-free courses.

Aside from the delicious food, visitors can kiss the mythical Blarney Stone at Blarney Castle and Gardens. If you’re blessed with the gift of the gab, the rest of your trip will be even easier! With the luck of the Irish on your side, start the drive to Kenmare, just one hour and 40 minutes west.

Kenmare has many magical sites to enjoy that bring Ireland’s mythological past to life. Check out one of the largest stone circles in the Emerald Isle that dates back to the Bronze Age and walk amongst the fairytale hollows of Reenagross Woodland Park.

If you’re lucky, you’ll be able to spot the cheeky seals in Kenmare Bay! This 30-mile long stretch is a Special Area of Conservation due to the rare species that inhabit it. Once you’ve topped up your magic levels, drive to Killarney, 45 minutes north.

On your way to Killarney, we recommend taking the Ring of Kerry. This picturesque route is best driven in a clockwise direction from Kenmare to avoid the tour buses. The 179km road is packed with breathtaking landscapes, including beautiful beaches, rivers, and waterfalls.

When you reach Killarney, you can explore the 15th-century Ross Castle, including the tower and gardens, in Killarney National Park. The park is designated a UNESCO World Heritage Site for its pristine landscape and the animals that live within it.

Head to Tralee via Dingle on Your Road Trip of Ireland

The drive to Tralee via Dingle takes two hours in total. You could skip Dingle, but its rugged scenery, sandy beaches, and trails are a definite draw. You can even see dolphins playing in between the amazing islands.

Head to Tralee and stop off at the National Folk Theatre of Ireland for some local music and performances before driving an hour and a half to Limerick.

Take in the Old Town of Limerick

When you arrive in Limerick, you’ll be greeted by the medieval-era St. John’s square and St. Mary’s Cathedral, surrounded by Georgian houses. Its most famous site is the 13th-century King John’s Castle, which stands on the River Shannon.

After you’ve refreshed and stretched your legs, Galway awaits just 90 minutes north. In between the two cities, you may want to stop off and take in the beautiful Cliffs of Moher and look out over the west Clare coast.

Enjoy the Craic in Galway

Galway is more than just a place in an Ed Sheeran song. This city is a harbour hub of live Irish folk music and medieval architecture. The Latin Quarter is named for its historic relationship between Galway and Spain and is full of delicious European dishes.

You can also take in the splendour of Connemara National Park, just 90 minutes northwest of the city. If you fancy a break from the hustle and bustle of Galway, this park is a true breath of fresh air stacked with dramatic mountainous landscapes overlooking the sea.

Witness the Wilderness of Donegal via Achill Island

Achill Island stands two and a half hours north of Galway and is a must-see stop on any road trip around Ireland. With loads of incredible beaches, soaring cliffs, and outdoor activities, it’s a great place to unwind amongst nature.

Donegal is three hours away from Achill Island and is home to two castles, Glenveagh and Donegal. Not to be outshined by Dingle, Donegal Bay is home to a seal colony, cranes, and cormorants. Pop into Bundoran on your way to see Fairy Bridges and the Wishing Chair.

Drive to Londonderry via Malin Head on Your Ireland Road Trip

Malin Head is a two-hour drive from Donegal and is the most northerly point of mainland Ireland. Its epic coastal scenery may be familiar to you, as Star Wars: The Last Jedi was filmed here!

An hour south is Londonderry, which is a must-visit for fans of contemporary Irish history and the TV show Derry Girls. Here, you can visit the famous Peace Bridge and the Museum of Free Derry for an insight into the Troubles.

After leaving Londonderry, take an hour’s drive to the otherworldly Giant’s Causeway, Northern Ireland’s only UNESCO World Heritage Site. Step into the mythological battle between two giants, Irish Finn McCool and the Scottish Benandonner, that resulted in this iconic structure.

After you’ve soaked up the coastline’s majesty, drive 90 minutes south to Belfast, Northern Ireland’s capital. This was the birthplace of the RMS Titanic and there’s a museum dedicated to the sunken liner. You can also visit Cave Hill to see the archaeological sites and Belfast Castle.

Then, after all of the places you’ve experienced, you can fly home from Belfast and put your feet up!

We hope you’ve enjoyed our virtual road trip around Ireland! This whistle-stop tour has shown you some of the hidden gems and must-see stops, but there are plenty more magical places to explore. Ireland is one of our favourite destinations to visit, as no two trips are ever the same.

If this two-week Ireland itinerary is a little too long, but you still want to enjoy the highlights of the Emerald Isle check out our self-guided Game of Thrones – Northern Ireland tour. Whether you’re Team Stark or Team Lannister, fans can start their quest in Dublin up the east coast to see the show come to life across Northern Ireland’s forests and mountains.

If you’re keen to hop behind the wheel and start following our perfect Ireland itinerary, get in touch! Wherever you want to visit in Ireland, Bye By Car is here to help make your drive across the Emerald Isle unforgettable. Until next time, happy travels! 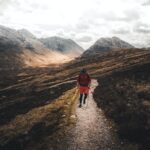 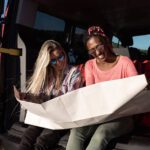 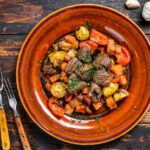 Traditional Irish Foods You Must Eat in Ireland
September 14, 2022admin